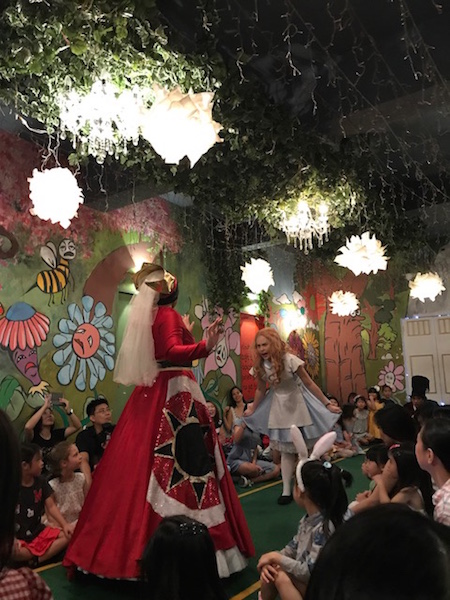 There are performances aplenty in this town for children but can you think of any which require you to take planes, trains and automobiles to get there? 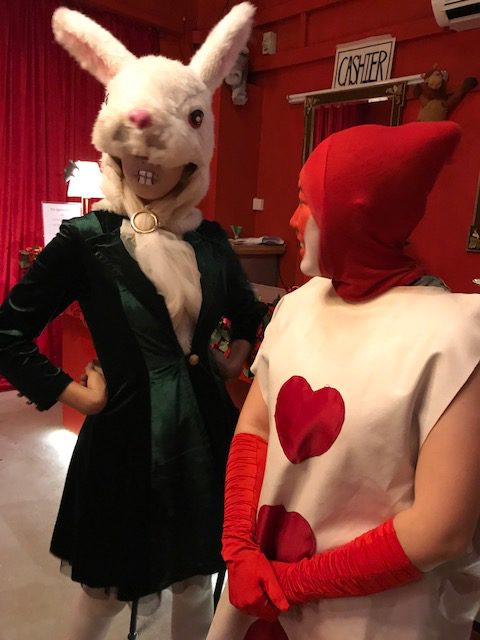 The Wonderland performance is a 45-minute interactive children’s show that brings Lewis Carroll’s Alice in Wonderland to life. Parents are given cryptic instructions via email requiring them to begin their kids’ wondrous adventure even before they open the magical door. While you are waiting in line for the door to open, you will be charmed to see both parents and children repeating the “password” which will assure their entry. By the way, only those wearing mismatched socks are allowed in. Once inside the quirkiness begins, confusion is encouraged and madness is applauded. 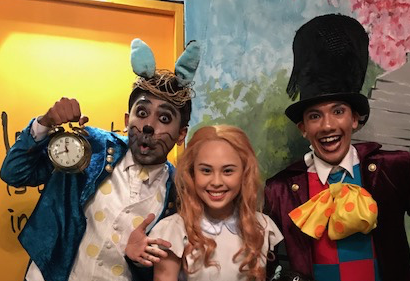 The Mad Hatter and March Hare will greet you with such enthusiasm it’ll knock your socks off. Kids take precedence in Wonderland so adults don’t feel sidelined, or actually do, because that’s exactly the point. Little ones will squeal with delight as they watch parents being referred to as “children” and herded through a teeny tiny door. Once inside, soak in the vibrant colors and the beautifully painted walls complete with numerous doors declaring famous quotes from the book. A lovely table is set right below a raised stage, ready for afternoon tea. Needless to say early birds get choice seats even if they are just spots on the floor. Don’t worry about kids getting anxious before the performance begins because the Mad Hatter’s contagious craziness and the March Hare’s humorous expressions are sure to get the crowd roaring with laughter in seconds. 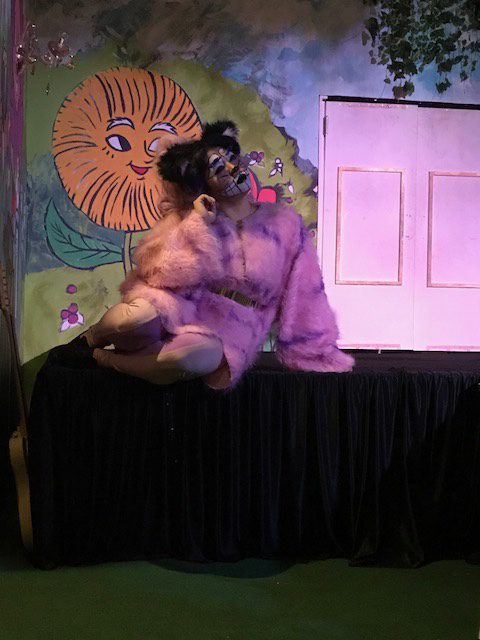 The two characters constantly interact with their mini audience, sometimes singling one out of the lot and giving them the lead to shine bright. The fact that the audience shouts out suggestions throughout and at points even interrupts characters’ dialogues doesn’t faze any of the fellows one bit. In fact they link in the impromptu disruptions with candor and grace. The Cheshire Cat slinks in and out, smiling enigmatically and throwing out a mysterious riddle here and there. The Caterpillar also makes his debut in his slimy green costume startling the young ones for a bit but then making them forget all about his strange looks once he begins cracking those jokes and making them laugh. 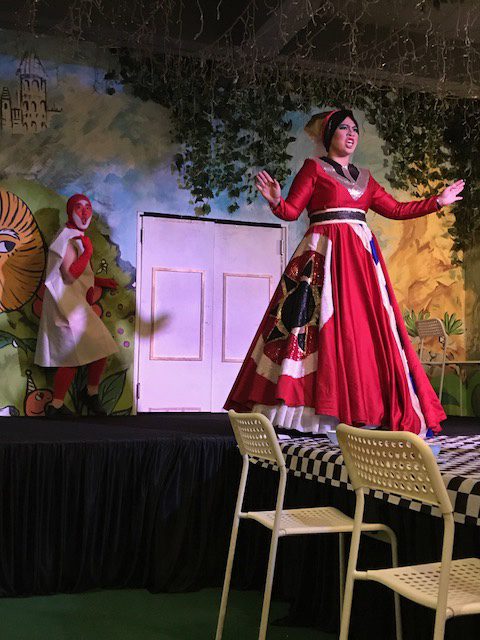 Where oh where is the Queen of Hearts you ask? With a bang of the stage door she enters and all her subjects bow down. Her blazing red costume covered in hearts is sooo loud but her voice is even louder as she screams and howls and shrieks “Off with her head” and “Off with his head!” Don’t worry about kids getting scared because the Mad Hatter and the March Hare are always there to lighten the air. 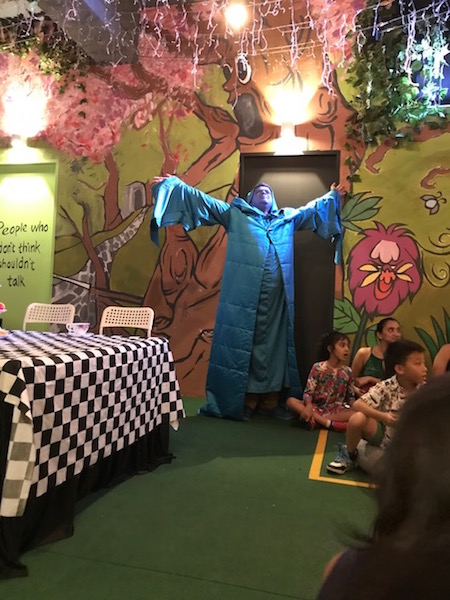 As the clock ticks, the madness continues and then just as it began, it all ends. But not before kids have the chance to take photos with their beloved characters and explore their delightful surroundings. Once you exit, be sure to grab a chocolate cupcake or a vanilla milkshake from the cafe to mark a wonderful end to Wonderland.