Puno (Letters to the Sky) 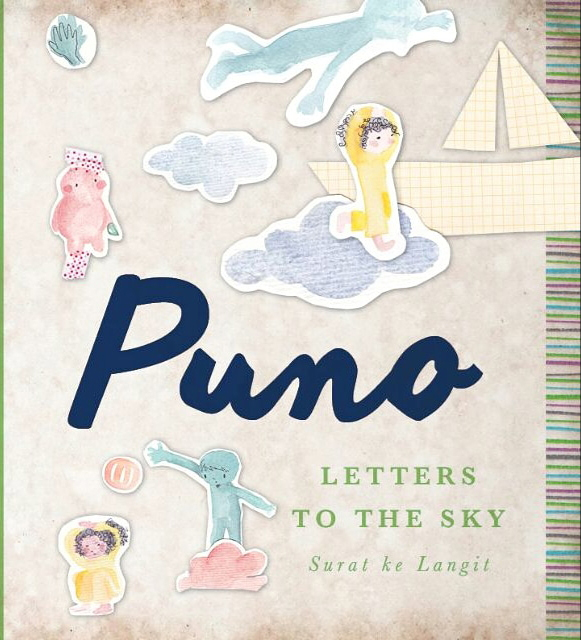 There’s something nostalgic about puppetry, a form of kids entertainment that simultaneously rekindles the past, remains in the present and calls for the future. Papermoon Puppet Theatre was founded by Maria Tri Sulistyani (Ria) via a coincidental whim of telling stories which sometimes are left untold. Today, Ria counts herself as a passionate puppeteer and old-school children’s entertainer delivering a language that can “speak in a universal way to people of different ages and from many different countries.” The Indonesian-based theatre is known for showcasing productions, which not only deliver power-packed performances, but tell stories of characters old and new, big and small, important and integral.

Papermoon’s existence began when Ria realised she wanted to combine her interests of writing, performing and visual arts. Gearing up a team consisting of co-founder and puppet designer Iwan Effendi, puppet crafter Anton Fajri and assistants Beni Sanjaya and Pambo Priyojati, the theatre company came into form. The all important question of what to name it was matter-of-factly answered one day while making a moon out of paper for a performance. It reinforced the fact that they were looking to make something special out of something simple.

While Papermoon has worked with several companies, it relishes its experience with Polyglot Theatre in Australia. For the past 5 years, Ria has been collaborating with Polyglot’s Artistic Director Sue Giles, to come up with different and exciting kids performances.

The Artground is an arts space for kids (12 and under) to explore their creative side and experience a variety of art forms and is also an incubation space for artists to discover and create delightful works for their young audiences. For The Artground’s inaugural 100 and 100 More Festival, The Papermoon Puppet Theatre will perform a moving and inspirational act titled “Puno” which depicts the story of a little girl trying to cope with the loss of her beloved father. Puno puts pen to paper and writes about her feelings, sealing them in an unsent letter and waiting to realise that a parent’s love is here to stay forever. The intention is to introduce their little audience to different emotional phases that people go through and finding the strength to move from happiness to sadness and then again from anger to forgiveness. In doing so, the show hopes to inculcate empathy starting from a young age. On the other hand, the visuals, puppetry, shadow play and music look to immerse its viewers in a beautiful artistic experience. During the festival, Papermoon Puppet Theatre will also conduct workshops for both kids and parents where they can design and craft their own puppets out of simple materials while creating special memories with their loved ones.

When asked if we can expect more partnered events with The Artground and Papermoon Puppet Theatre in the near future, Ria exclaimed “We love the space and what TAG does, putting kids at the heart of their programs. I am in!!!”

There are numerous ways to connect with kids but puppetry touches a chord unlike any other. True, technology has become an integral part of kids entertainment but the combination of hand-made puppets and heart-felt stories will remain forever enchanting.

Puno (Letters to the Sky)

Standard ticket price starts from $25
(All patrons require a ticket for admission, including infant in arms. Early bird and bundle discounts available)

Get more information on the 100 and 100 more festival here.

CONGRATULATIONS to the winners of our giveaway contest for winning 2 tickets to see Puno: